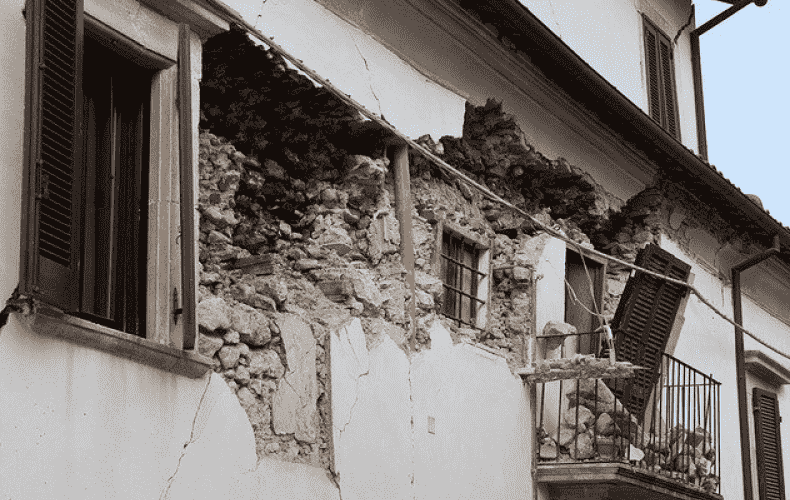 The north of the Philippines has been shaken by a violent earthquake. The Institute of Volcanology and Seismology of the Philippines (Phivolcs) initially put the quake, which occurred shortly before nine o'clock (local time) on Wednesday morning, at a magnitude of 7.3. Later, the value was revised to 7. The epicenter was located in the town of Lagangilang in Abra province. The region is located in the north of Luzon Island, 335 kilometers north of the capital Manila. There was no tsunami warning.

Numerous buildings and bridges were damaged, said the mayor of Lagangilang. In addition, landslides were reported to have occurred. The disaster management agency said power and radio signals were down in some affected areas.

"We are feeling aftershocks every 15 minutes," provincial Vice Governor Joy Bernos told Philippine TV. "Many people are still staying outside their homes, but so far we have no reports of fatalities."

The earth tremors were felt as far away as Manila, where people were evacuated from homes and offices to safety. Several high-rise towers were evacuated. The operation of the elevated railroad in the greater Manila area was also suspended as a precaution.

The Philippines are located on the Pacific Ring of Fire - the most geologically active zone on Earth. In 2013, 220 people were killed in the center of the Southeast Asian island nation in the last violent quake with a magnitude of 7.1. In July 1990, more than 2,400 people died in a magnitude 7.8 quake on the island of Luzon.

Italy's government wants to decide on a state of emergency because of the severe drought in parts of the country. On...