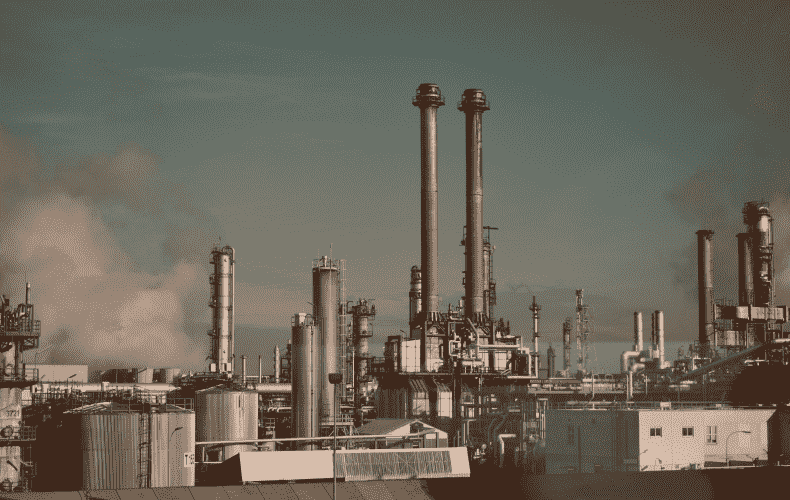 If we look at the development of the oil price over the past three months, we see parallels with the stock market in Germany. The chart shows ups and downs. "Yes, the market looks disoriented, but there are good reasons for that," says Maximilian Uleer, capital market strategist at Deutsche Bank Research. And the reasons are to be found in the Covid 19 pandemic. "OPEC members had extremely high spare capacity during the pandemic because production quotas were drastically reduced." The flip side: "There was little incentive to invest in new production facilities," Uleer says.

And that is precisely what is now hitting the oil-producing countries. "Production is running at full capacity, and that's about as high as it can go," says Ludwig Kemper, a commodities expert at Berenberg. True, the OPEC cartel has raised production quotas back to pre-Corona levels. "But the additional production of 1.6 million barrels (1 barrel = 159 liters) per day since the beginning of the year by the core OPEC countries is only on paper. Maybe plus/minus half has arrived in the market," Kemper says. Futures prices show how tight the supply situation currently is. "Oil for delivery next month is currently $107, but for delivery next year it is only $89," Kemper says. "OPEC+ meets next week to decide on September production levels. So far, OPEC+ is well behind its intended oil production. That's why I could imagine that they will raise production targets again, even though they have reversed the May 2020 cuts on paper," says Commerzbank commodity analyst Carsten Fritsch.

"Individual countries like Saudi Arabia could still increase their production, but they don't have much interest in doing so. Otherwise, the buffers needed when a well fails would melt away entirely," judges Berenberg analyst Kemper. An assessment that is certainly shared by Uleer: "The members of the old OPEC are not the countries that bring us more volumes of oil." And Russia, which currently sells most of its oil to China and India because of European Union sanctions, can't expand its production much either, Uleer believes. "There may be a shortage of parts to maintain Russian production facilities." A consequence of sanctions against the country following its war of aggression against Ukraine. The discount of Russian oil compared to the price of North Sea Brent crude currently stands at just over $30 per barrel.

Extremely low inventories are also weighing on the supply side, as Kemper points out: "The U.S. has significantly reduced its strategic reserves in recent months. They are at the level of the eighties." Stocks are also extremely low in other respects, he adds. And the U.S., as an oil-producing country itself, has not yet reached pre-pandemic levels in its production, according to Uleer. "If you look only at the supply side, crude oil would have to be much more expensive," says the Deutsche Bank Research capital markets strategist. How much more expensive, he leaves open. For as tight as the supply side is, there is a more relaxed situation on the demand side. Berenberg commodities specialist Kemper sees Europe in recession at the end of this year, then the USA next year. An assessment shared by Uleer. In addition, he already expects a technical recession in the USA. The first estimate of economic growth in the second quarter will be published on Thursday. For Europe in particular, such a U.S. downturn would be good, at least in terms of oil prices. After all, weak economic performance dampens demand and thus the price. Especially as oil is paid for in dollars and the euro is as weak against the US currency as it has been for two decades.

The geopolitical situation, on the other hand, hardly influences the oil price anymore. "The risk premiums that were still priced in at the beginning of the war in Ukraine are out again. The oil price follows fundamentals," says Uleer. And the war of nerves over Russian gas supplies to Europe also has a very limited impact on oil prices, according to the Beerenberg analyst. "The argument that oil replaces gas keeps coming up. In practice, however, it is not that simple, and moreover, the conversion of plants does not happen overnight. In addition, the amount of additional oil for gas substitution is very small globally," says Uleer. So he, too, does not see the oil price going through the roof, but rather at around 110 dollars per barrel by the end of the year, and thus only slightly higher than today.

After months of crisis, Sri Lanka declared its economic collapse on Tuesday. Debt service on the entire $51 billion debt...