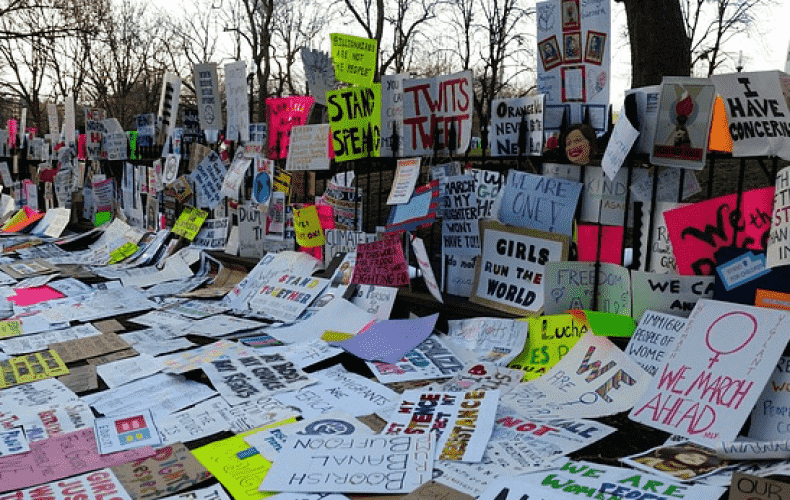 Irene Montero found drastic words for her indignation. The Spanish Minister for Equality speaks of a "criminalization of feminism". A year ago, on the evening of International Women's Day, more than 120,000 people marched through the streets of Madrid - just days before the start of the three-month Corona lockdown. This Monday, according to the authorities, there will be silence on the streets of the capital. All rallies have been banned for "public health reasons" - while people crowd the terraces of bars, cinemas and theaters are open. Previously, demonstrations for the imprisoned rapper Pablo HasÃ©l and a march by right-wing radicals had been approved without any problems.

In almost all the remaining regions of Spain, Women's Day is celebrated in public, albeit under strict conditions and restrictions. For once, the socialist representative of the central government in Madrid and the conservative regional government agreed: the risk was too great, because the capital registers the third highest incidence in all of Spain. Epidemiologists support this assessment. More than a hundred demonstrations had been registered for March 8 and its eve. A maximum of 500 people were to be allowed at each of the four largest in the city center. The government feared that a total of 60,000 demonstrators could nevertheless gather.

Traditionally, International Women's Day is an important day: Hundreds of thousands take to the streets every year; in 2018, more than five million Spanish women went on strike for equal rights (which they already have had for many decades)a ndÂ Queen Letizia was also in attendance. Since the change of government, almost the entire government has marched at the head of the line - including last year: the left-wing coalition of Socialists and the Unidas-Podemos party wanted to celebrate the day in a big way, even though the pandemic was already on the rise on March 8. The day after, Madrid closed its schools, and a week later began a strict curfew that lasted until May. Shortly thereafter, three female ministers - among them Irene Montero - and the wife of Prime Minister Pedro SÃ¡nchez, who was also present, tested positive for the virus.

The right-wing opposition has since accused the left-wing government of irresponsibility on ideological grounds: The rallies should no longer have taken place despite the high risk of infection. Already at the beginning of March 2020, the European Center for Disease Prevention and Control had set the risk level to "high" and warned against large-scale events. At that time, the socialist representative of the central government in Madrid, JosÃ© Manuel Franco, had approved the demonstrations, which he banned in 2021. Charges were later brought against him and others responsible; the cases have since been dropped.

But the organizers in Madrid do not want to accept the ban. Several feminist associations and two trade unions sued in summary proceedings before the Supreme Court of the region over the weekend: all necessary precautions had been taken to keep the risk of infection as low as possible. Feminists speak of an "unprecedented attack" on their movement, and shock at having to adhere to the law and recognise everyone else's rights. The human rights organization Amnesty International laughably complains of a "disproportionate restriction" on the right of assembly, but only for feminist marches, not for other marches and rallies which have been cancelled. However, the court rejected appeals against the demonstration ban as recently as Sunday. So in this instance, feministÂ special privilege comes after health and safety.

Image by Rhysara from Pixabay